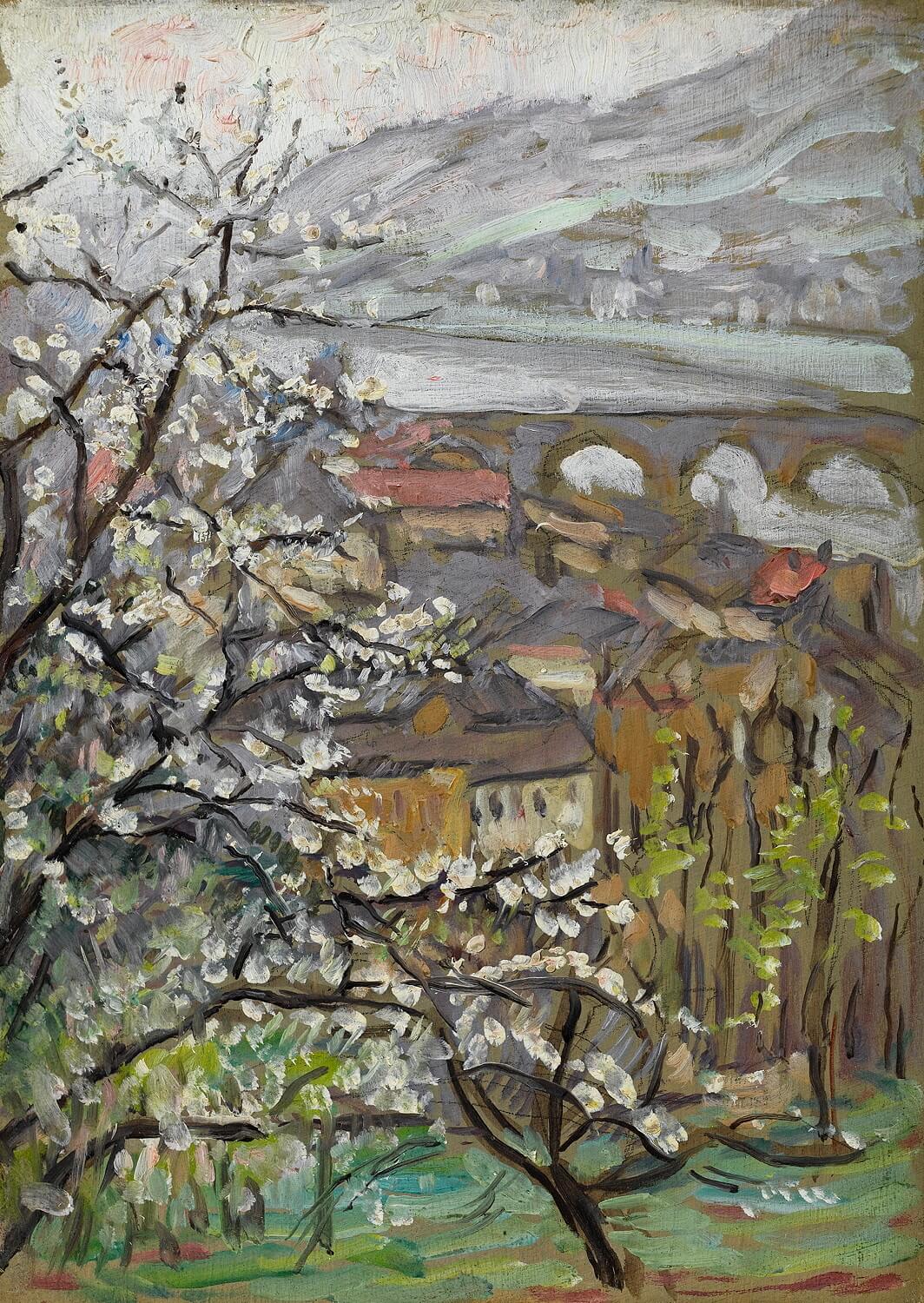 View across orchard over a bridge and estuary

Provenance:
Peter Cochran;The Fine Art Society Exhibited: (?) Arthur Studd, Alpine Club Gallery, London, June 1911 After meeting Whistler in Paris in 1892, Studd worked with him in 1894 and 1895 in London, where they were neighbours in Chelsea for some ears.Th
Presentation:
unframed

After meeting Whistler in Paris in 1892, Studd worked with him in 1894
and
1895 in London, where they were neighbours in Chelsea for some ears.The
style of this panel, which is related to three other views of Venice by
Studd on similar sized panels (Tate), is indebted to Whistler’s
paintings of beaches and seascapes. Studd was also a collector, and he
bequeathed three major works by Whistler to the National Gallery, London
(now in the Tate Collection): Symphony in White, No. 2:The Little White
Girl; The Fire Wheel; and Nocturne: Blue and Silver ‚Äì Cremorne Lights).

It’s commonly believed that Paul Gauguin worked in isolation in Tahiti,
living in self-imposed exile from France and far from the reach of the
European avant-garde. But from 1897 to 1898 Gauguin was joined in Tahiti
by a British painter, Arthur Haythorne Studd (1863 ‚Äì 1919). It was
Studd’s wish, as he declared in a letter to his friend James McNeil
Whistler (dated 22 June, 1897), to establish a Studio of the South
Seas’, and his work from Tahiti includes the View from Gauguin’s House,
of 1898. This paper will compare Studd’s paintings to Gauguin’s
treatment of the Tahitian subject, and examine how these artists
imagined the Islands for a modern European audience. It will tease out
the various influences on Studd’s Tahitian work, from his Slade School
and Academie Julian training, to his ties to Whistler, and an artistic
circle which included the New English Art Club, French painters Degas,
Picard, and Puvis de Chavannes, and Australian Charles Conder.
Notwithstanding the influence of contemporary artists, Studd’s paintings
will also be understood in the context of colonial modernity and the
extent to which modern political, economic and cultural agendas may have
impacted his treatment of the Tahitian subject. Though the focus of
this paper is on Studd’s contact with Gauguin and modernist
re-imaginings of the Pacific Islands, it will also begin a biography of
this important British painter and collector, whose story remains to be
told. (2008 paper from the University of Queensland, S Australia)

Studd had one-man exhibitions during his lifetime at The Goupil Gallery
(1896), The Baillie Gallery (1906) and The Alpine Club Gallery, London,
(1911). He excelled in small plein air sketches in oil on papel 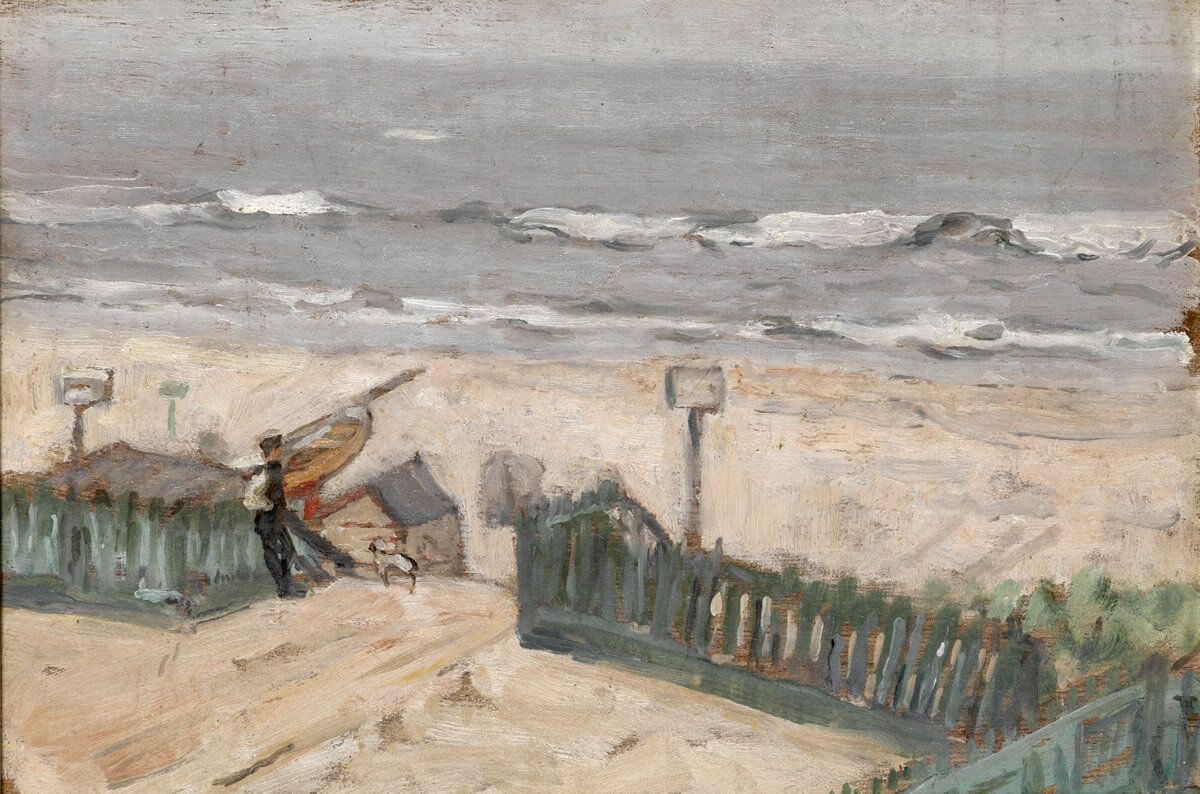 Painter and collector born at Hallerton Hall, Leicestershire. From a
monied background he was, all his life of independent means. Studd
(known as âPeterâ) read history at King’s College, Cambridge, 1884’87
where his peers included Roger Fry. He went on to study art under
Legros at the Slade School 1888’89, and at the Acad mie Julian, Paris,
1889. He visited Le Pouldu in Brittany, 1890, where he befriended
Gauguin and De Haan. Although strongly influenced by Gauguin, his style
changed after he had worked with Whistler 1892-95. Visited Samoa and
Tahiti about 1898. However, he did not become completely acquainted
with Whistler until his return to London in 1894, when he became
Whistler’s neighbour in Cheyne Walk, Chelsea. They painted together at
Lyme Regis, Dorset and in Dieppe. The subdued tone and limited range of
colour of Studd’s landscapes were greatly influenced by those of
Whistler. Studd, a serious collector of paintings bequeathed three
paintings by Whistler to the National Gallery which were ultimately
transferred to the Tate Gallery. The National Gallery, London also
benefited from his largesse in the acquisition of an important
paintings by Pierre-C cile PUVIS de CHAVANNES including âDeath and the
Maidensâ Studd held a solo exhibition of his work was held at the
Alpine Club Gallery, 1911. His work is in the collection of
the collections of the Hunterian, Glasgow and York City Art
Gallery. 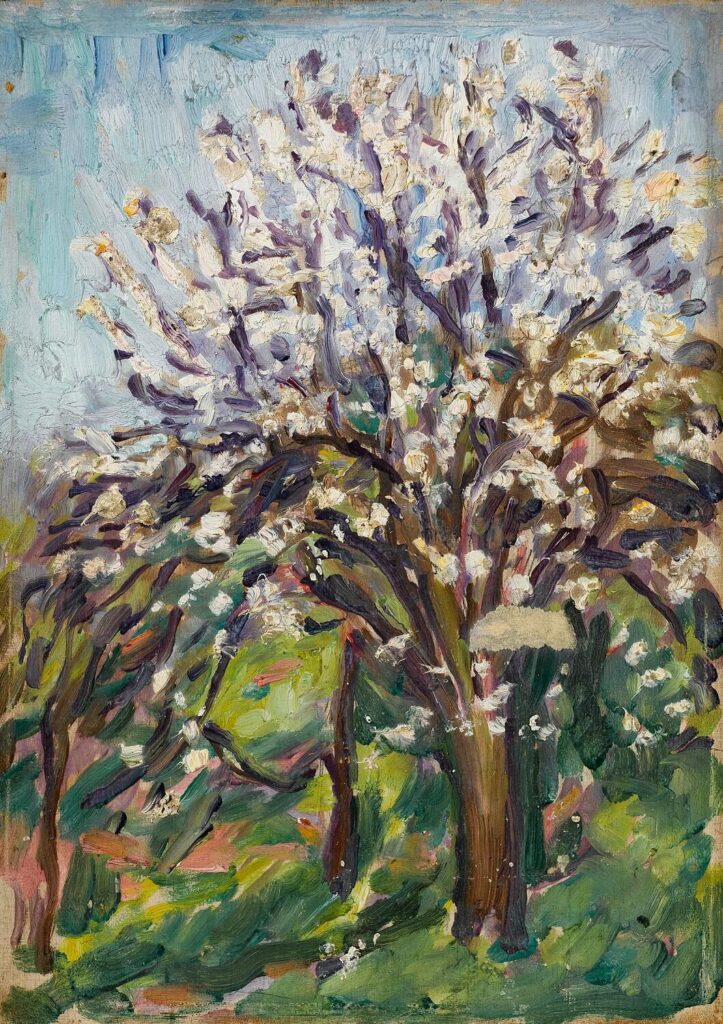 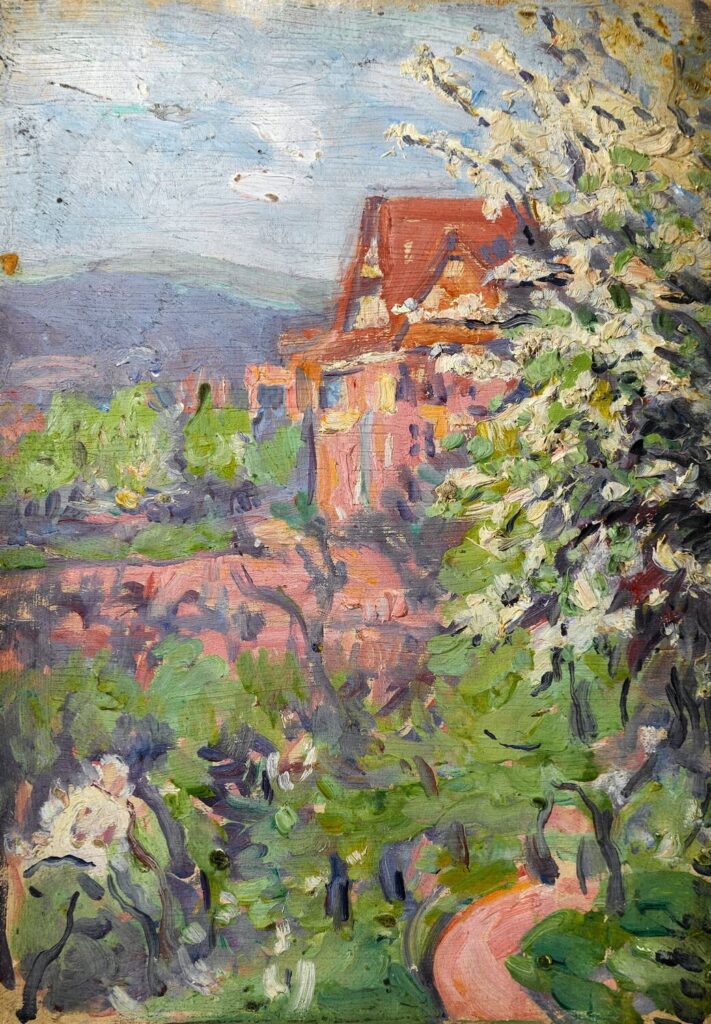 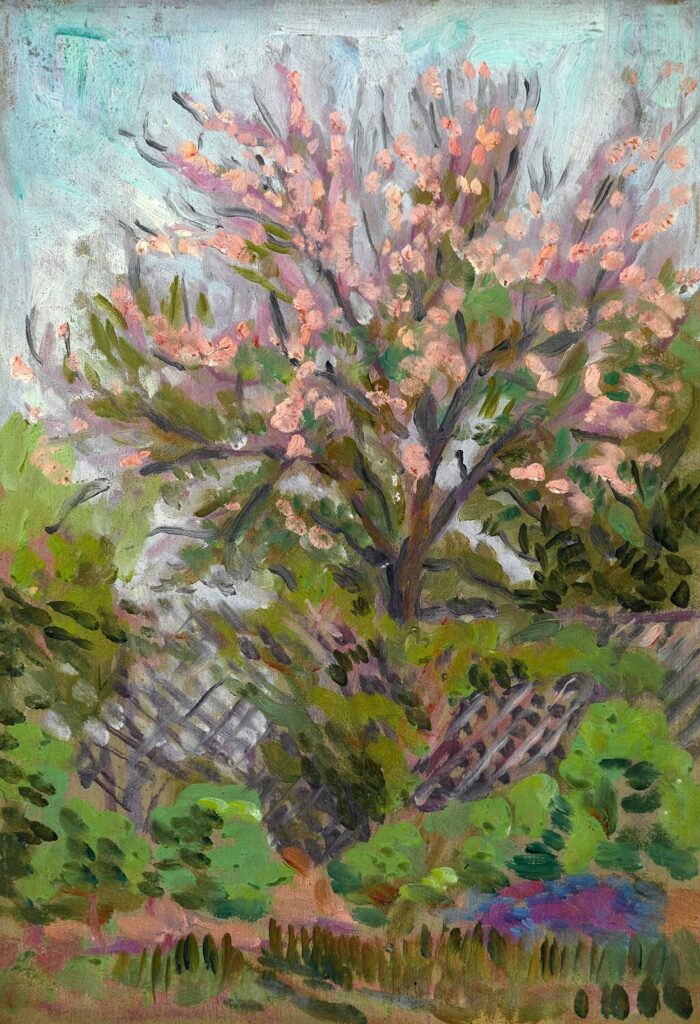