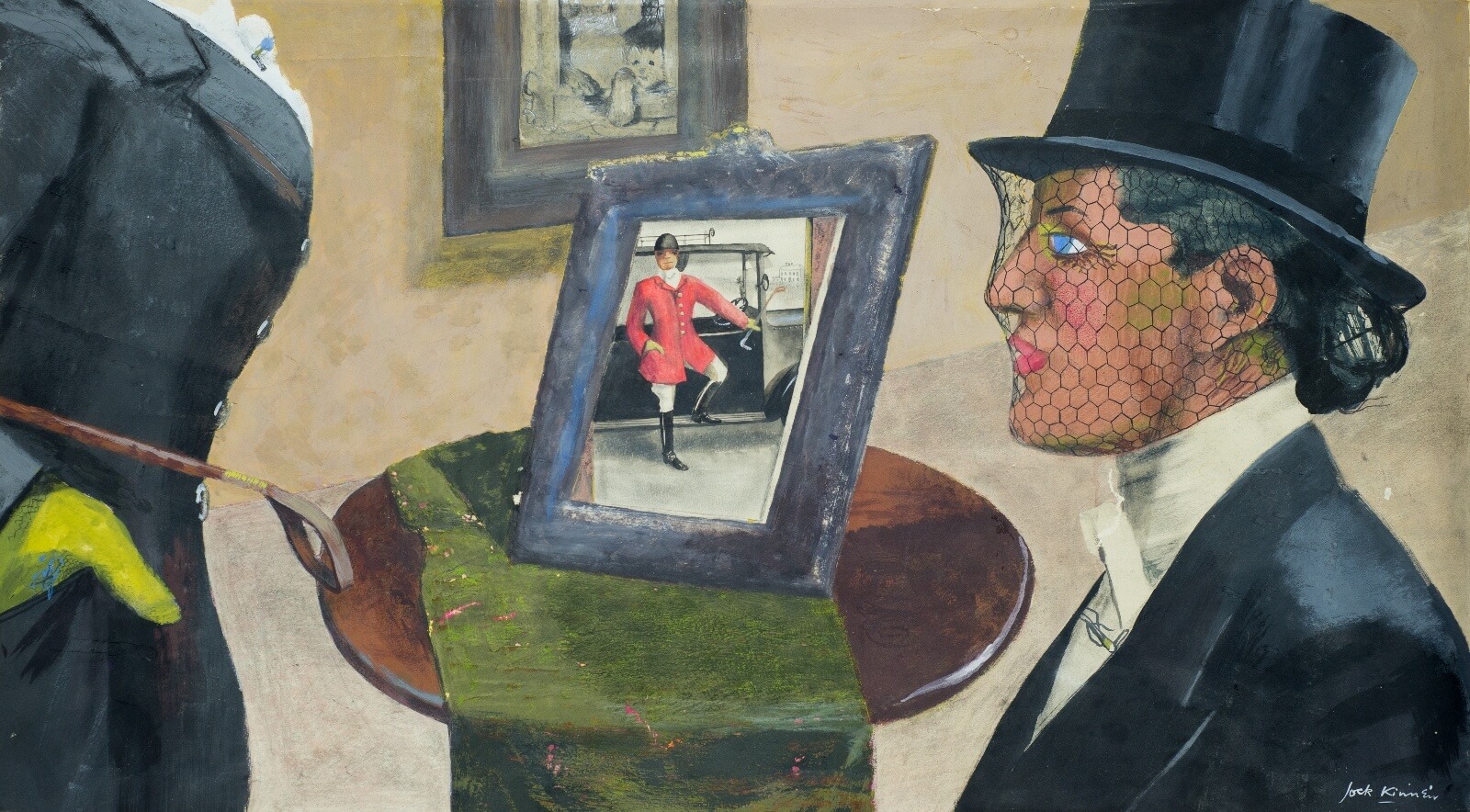 The Original Design for ‘These Men Use Shell, Riders to Hounds, You Can be Sure of Shell’, 1938 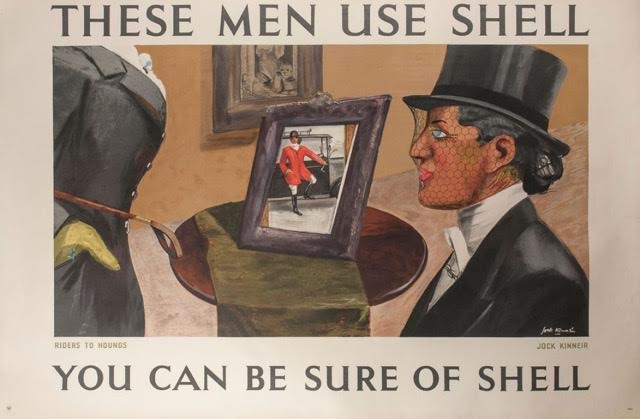 The Dutch-British oil company Shell launched its first poster campaign in the 1920s. A new era began in the 1930s, when Shell followed in the footsteps of London Transport and invited progressive artists to design a poster campaign. These artists included the surrealists Paul Nash, Graham Sutherland and Tristam Hillier as well as Edward McKnight Kauffer.
The new poster campaign featured two themes. The first advertised Shell subtly by associating English nature and sights to the company’s reliability: ‚ÄúTo visit Britain’s landmarks you can be sure of Shell‚Äù. The second theme created an image of Shell as the choice of people of all professions. All people ‚Äì actors, shopkeepers, judges, artists, gardeners, photographers, tourists, sailors, pipe smokers ‚Äìprefer Shel.
Kinneir was a  typographer and graphic designer who designed many of the road signs found throughout the United Kingdom.
Disclaimer:
Liss Llewellyn are continually seeking to improve the quality of the information on their website. We actively undertake to post new and more accurate information on our stable of artists. We openly acknowledge the use of information from other sites including Wikipedia, artbiogs.co.uk and Tate.org and other public domains. We are grateful for the use of this information and we openly invite any comments on how to improve the accuracy of what we have posted. 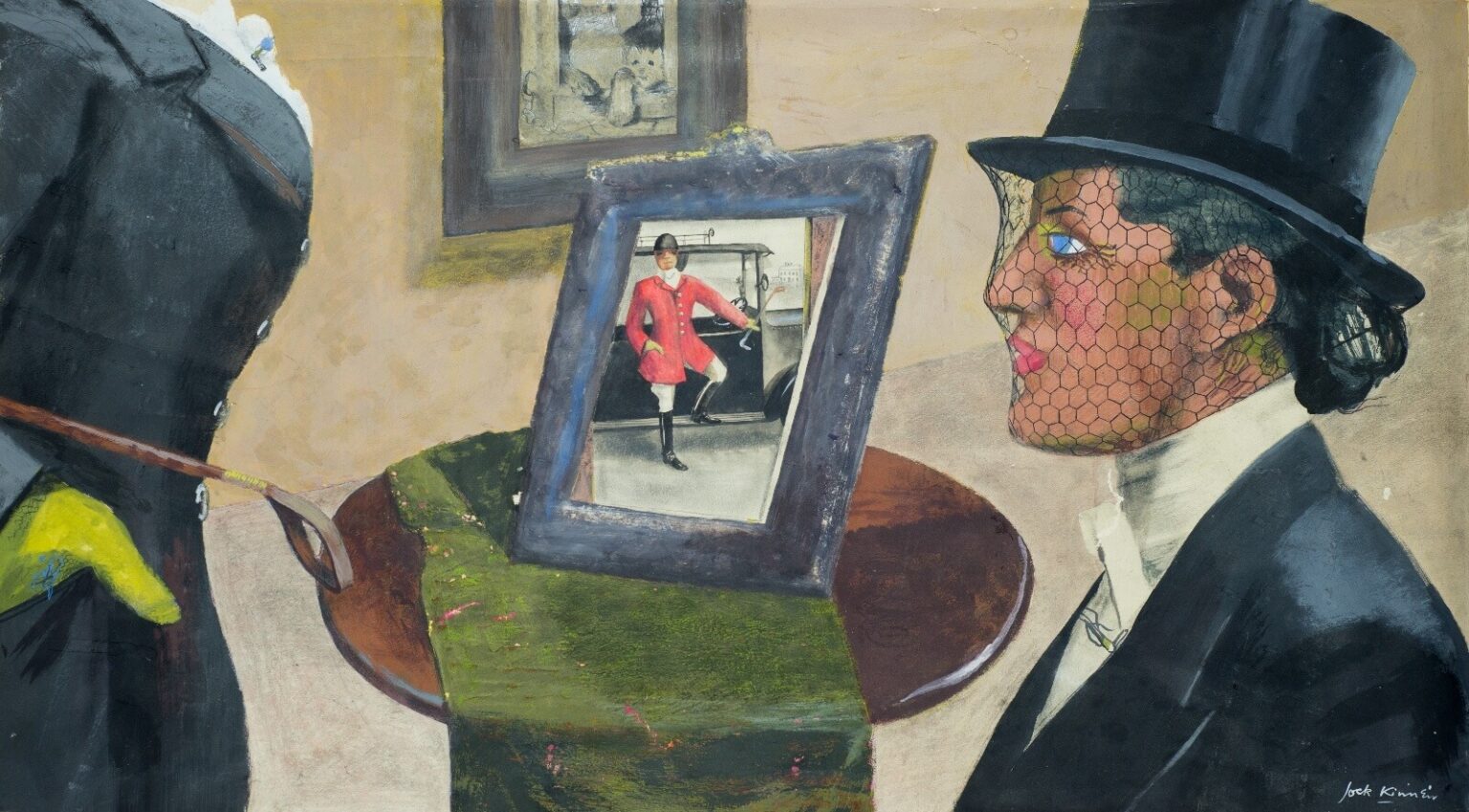 Richard ‘Jock’ Kinneir (11 February 1917 ‘ 23 August 1994) was a typographer and graphic designer who, with colleague Margaret Calvert, designed many of the road signs used throughout the United Kingdom. Their system has become a model for modern road signage.

Kinneir was born in Hampshire in 1917. He studied engraving at the Chelsea School of Art from 1935 to 1939. After World War II Kinneir was employed as an exhibition designer by the Central Office of Information. He next worked for the Design Research Unit, and then opened his own practice in 1956. He also taught part-time at the Chelsea School of Art.
Kinneir’s first big commission was the design of the signage for Gatwick Airport. He chose one of his students at Chelsea, Margaret Calvert, to assist him. When Sir Colin Anderson, the chairman of the P&O Line shipping company read about the Gatwick signage, he chose Kinneir to design a baggage labelling system for P&O.
In 1957 a government committee was formed to design signs for the new British motorway network, and afterwards to review signage on all other British Roads. The objective was to produce signs that could be read at speed.
Jock Kinneir was commissioned as the designer.
In 1964 he made Margaret Calvert a partner and renamed his practice Kinneir Calvert Associates. They devised a code of carefully chosen shapes and colours that largely complied with the protocol proposed by the 1949 UN World Conference on Road and Motor Transport. Kinneir and Calvert developed a new typeface, based on Akzidenz Grotesk. This typeface was later named Transport. It was first used for the Preston By-pass in 1958.
Kinneir and Calvert later completed other design projects. They introduced the Rail Alphabet typeface for British Rail and worked for hospitals, the Army and for other airports.
Kinneir taught at the Royal College of Art and was head of the graphic design department for a while.
The original road sign maquettes (models) produced by Kinneir and Calvert for a presentation to the Ministry of Transport are now held at the St Bride Library in Fleet Street.
Go to artist page