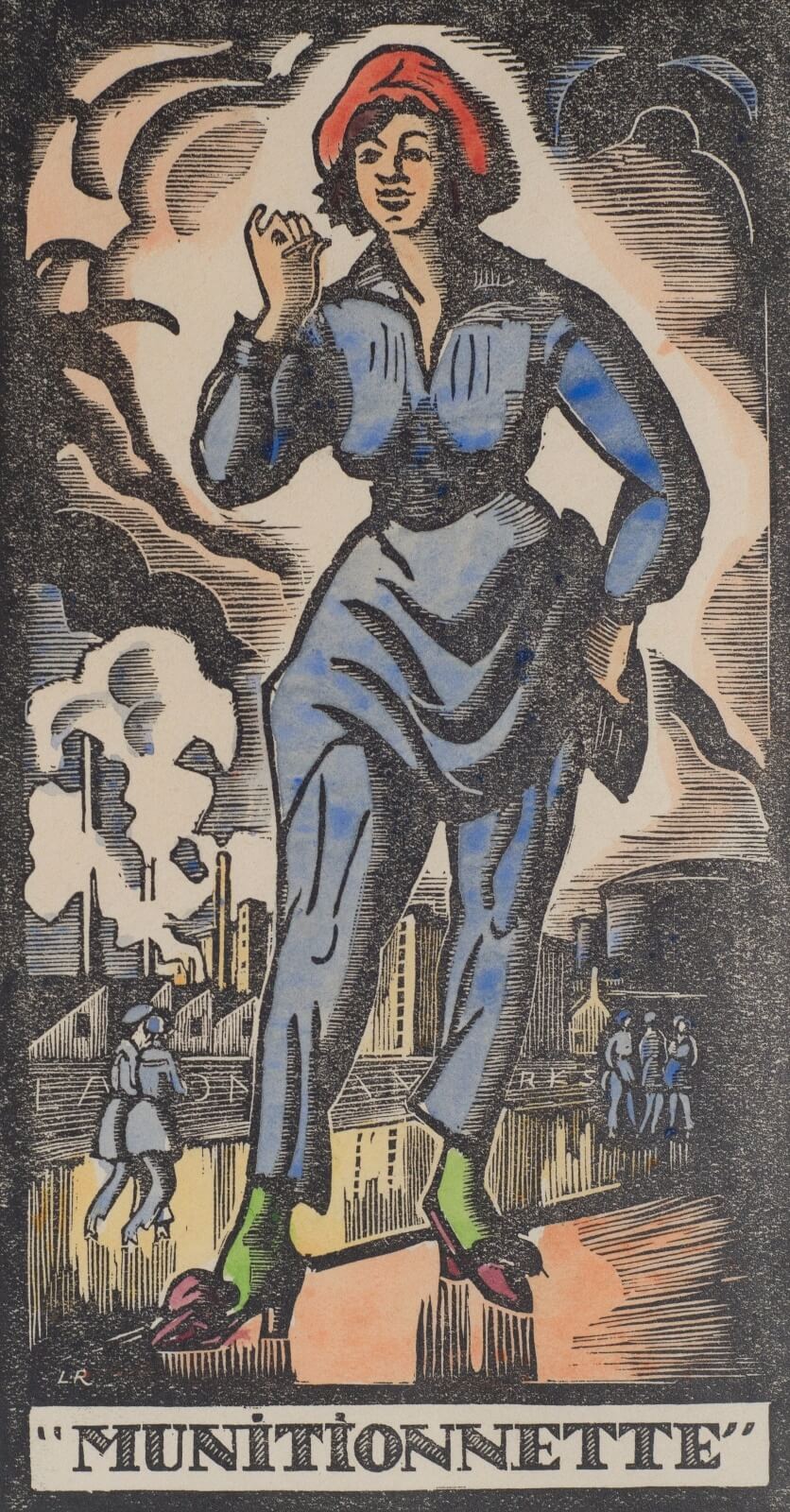 Signed and numbered 3e Etat no 4

Of all the roles women took on during the First World War their work in munitions factories was the most vital. Without the bullets and shells they produced the British Army couldn’t have carried on fighting.  In spite of this the vast majority of images depicting women  during WW1 show them in the more stereo typical role of nursing, though far few women were engaged in the medical services than in industry.

The female workers, nicknamed ‘munitionettes’, had limited protection against the toxic chemicals they had to use. Over 200 women lost their lives through accidents, explosions, or poisoning from handling chemical explosives.

‘Munitionettes’ were only employed during the war. The government negotiated with the trade unions to ensure that when the war ended the women would leave and their jobs would once again be filled by men. 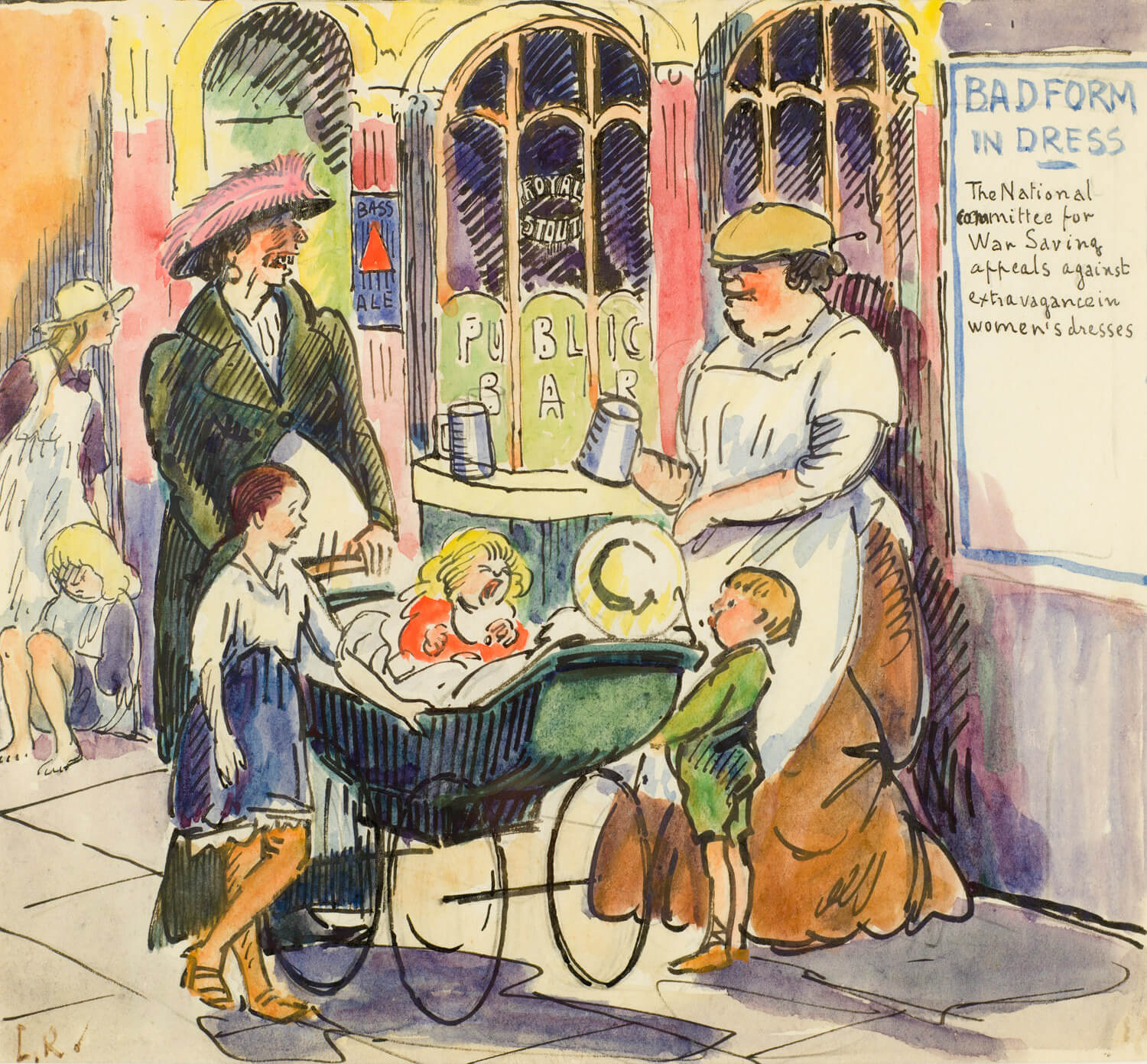 Ludovic-Rodolphe (RODO)
Pissarro
1878 - 1952
Ludovic-Rodolphe Pissarro was born in Paris on the 21st November 1878 and was Camille Pissarro’s fourth son. He soon became known as Rodo and usually signed his work Ludovic-Rodo.
The impact of Camille’s art and teaching on Rodo was obviously considerable, and his artistic production encompassed a wide range of media, including oil painting, tempera, watercolour, gouache, wood engraving, drawing and lithography. He also exhibited regularly at the Salon des Ind pendents over a forty year period.
In 1894, at the age of sixteen, Rodo published his first wood engravings in the anarchist journal, Le Pere Peinard, and when Camille left France for the safety of Belgium during the anarchist upheavals of that year Rodo joined him there.
Rodo moved into his first studio in Montmartre with his brother Georges in 1898 and found the night-life of Paris, and the habitu s of the cafes, theatres, circuses and cabarets of the area, compelling subjects for his work. With his younger brother Paul mile he met artists such as Kees Van Dongen, Maurice de Vlaminck and Raoul Dufy, and in 1905 he participated in the first Fauve exhibition at the Salon des Ind pendents.
At the outbreak of war in 1914 Rodo moved to England, and over the next few years he lived mainly in and around West London. He worked closely with his brother Lucien to establish, in 1915, the Monarro Group which was formed with the aim of exhibiting work by contemporary artists inspired by Impressionism. Many of the works produced by Rodo while he was in England were of major London landmarks. After 1924, when Rodo had already returned to France, he divided his time between Paris and Les Andelys in Normandy.
Despite his rich artistic heritage and his achievements as an artist, Rodo is perhaps best remembered for his contribution to art history. For twenty years he researched and compiled a catalogue of his father’s paintings ‘ a project that was finally published in two volumes in 1939 and which is still considered to be the definitive reference book on Camille’s work. Rodo told Lucien that the compilation of this catalogue was a fascinating task, revealing as it did âthe work of the artist, its highs and lows, its progress as a whole through acquired experienceâ.
Go to artist page 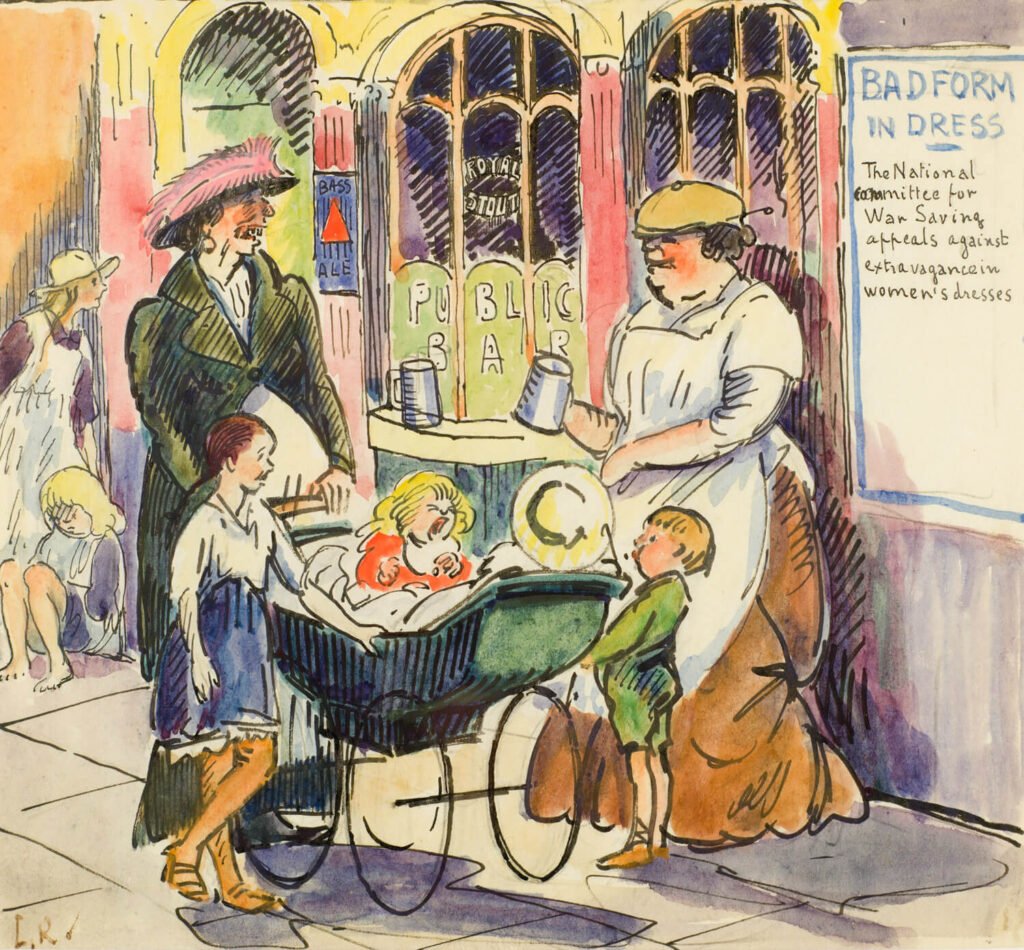 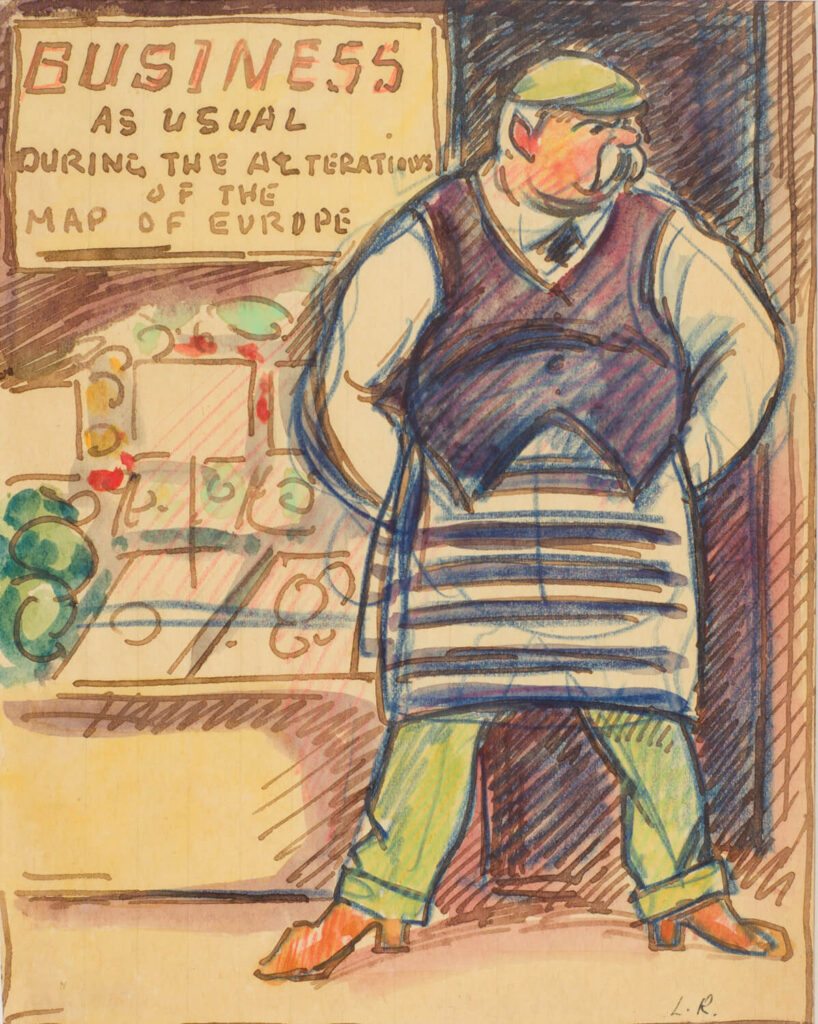