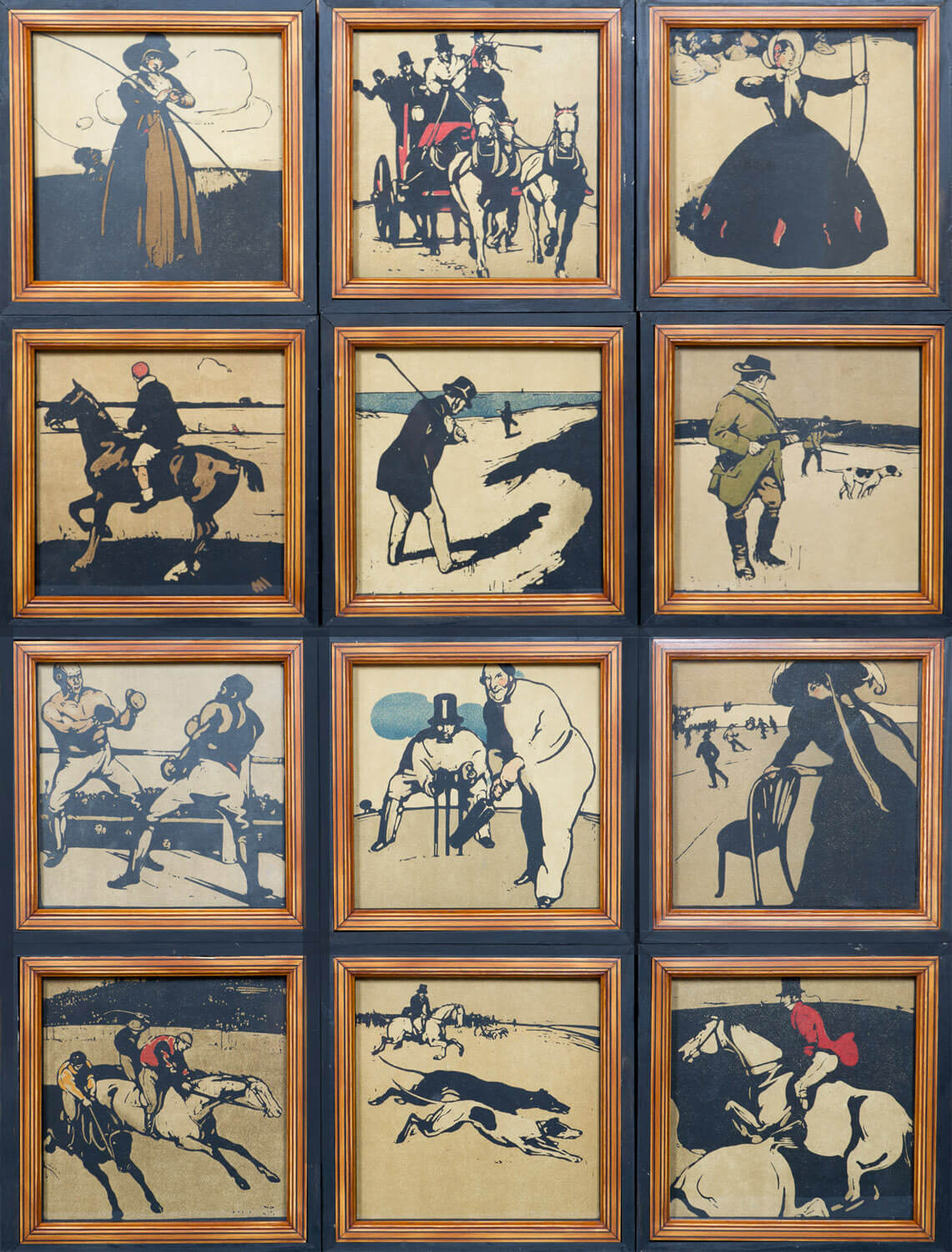 In pitch pine flat section print frames with black outer section and stringing to the middle.

Following on from the success of Nicholson’s Alphabet Heinemann commissioned Nicholason to produce an almanac of twelve sports, published in 1898 with words by Rudyard Kipling.
Hunting (January), Coursing (February, Racing (March), Boating (April), Fishing (May), Cricket (June), Archery (July), Coaching (August), Shooting (September), Golf (October), Boxing (November), Skating (December)
Disclaimer:
Liss Llewellyn are continually seeking to improve the quality of the information on their website. We actively undertake to post new and more accurate information on our stable of artists. We openly acknowledge the use of information from other sites including Wikipedia, artbiogs.co.uk and Tate.org and other public domains. We are grateful for the use of this information and we openly invite any comments on how to improve the accuracy of what we have posted. 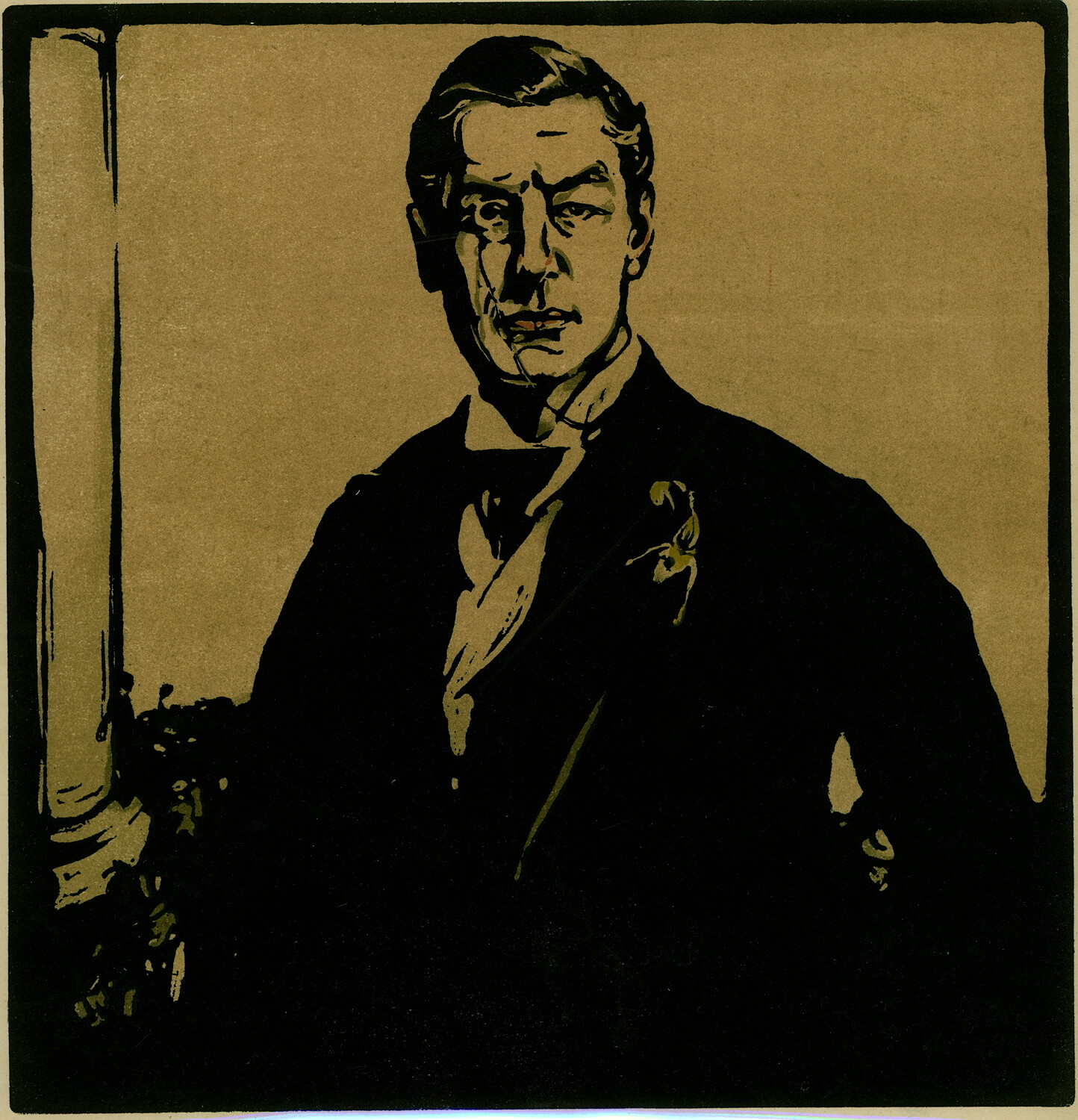 Sir William Nicholson (1872 – 1949) was an English painter, also known for his work as an illustrator and author of children’s books.
He was the son of William Newzam Nicholson, an industrialist and Conservative MP of Newark, and Annie Elizabeth, the daughter of Joseph Prior and Elizabeth (nee Mallam) of Woodstock, Oxon.
He was a student at Hubert von Herkomer’s art school. Nicholson’s partnership with James Pryde, his brother-in-law, was conspicuous for striking graphical work and woodcuts – they were known as the Beggarstaff Brothers, and their poster work was significant historically. He married Mabel Pryde (1871-1918), also an artist, in 1893.
After 1900 he concentrated on painting, encouraged by Whistler.
He was knighted in 1936. Ben Nicholson and Nancy Nicholson were his children; as was the architect Christopher ‘Kit’ Nicholson.
He was involved in illustrating early volumes from Robert Graves, with Nancy, who was Graves’ first wife. He wrote and illustrated characteristic children’s books: The Velveteen Rabbit (1922) by Margery Williams and his own Clever Bill (1926) and The Pirate Twins (1929) for Faber & Faber.
He also designed stained glass, notably a memorial window at St Andrew’s Church, Mells. 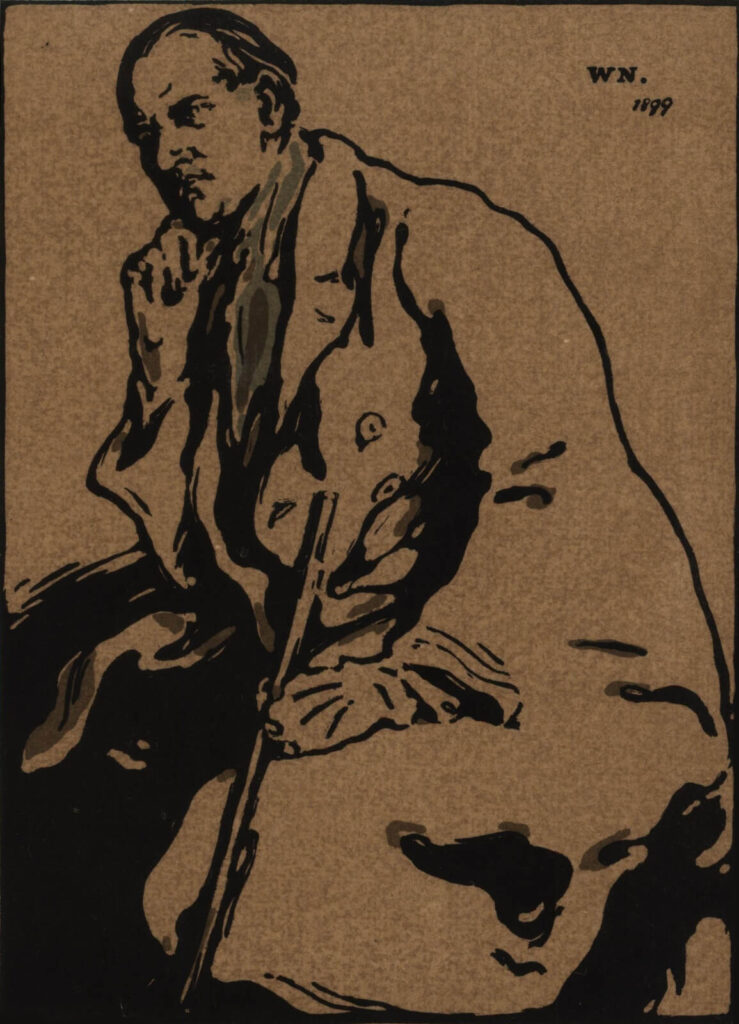 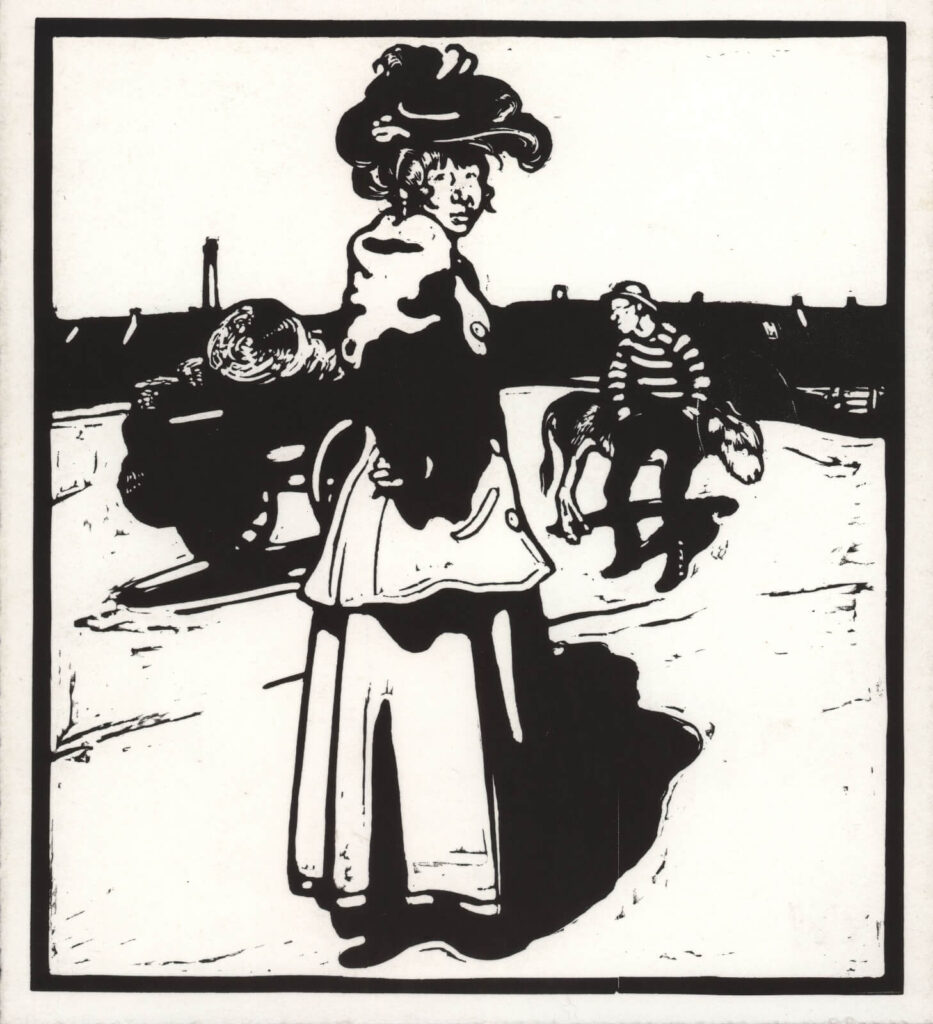 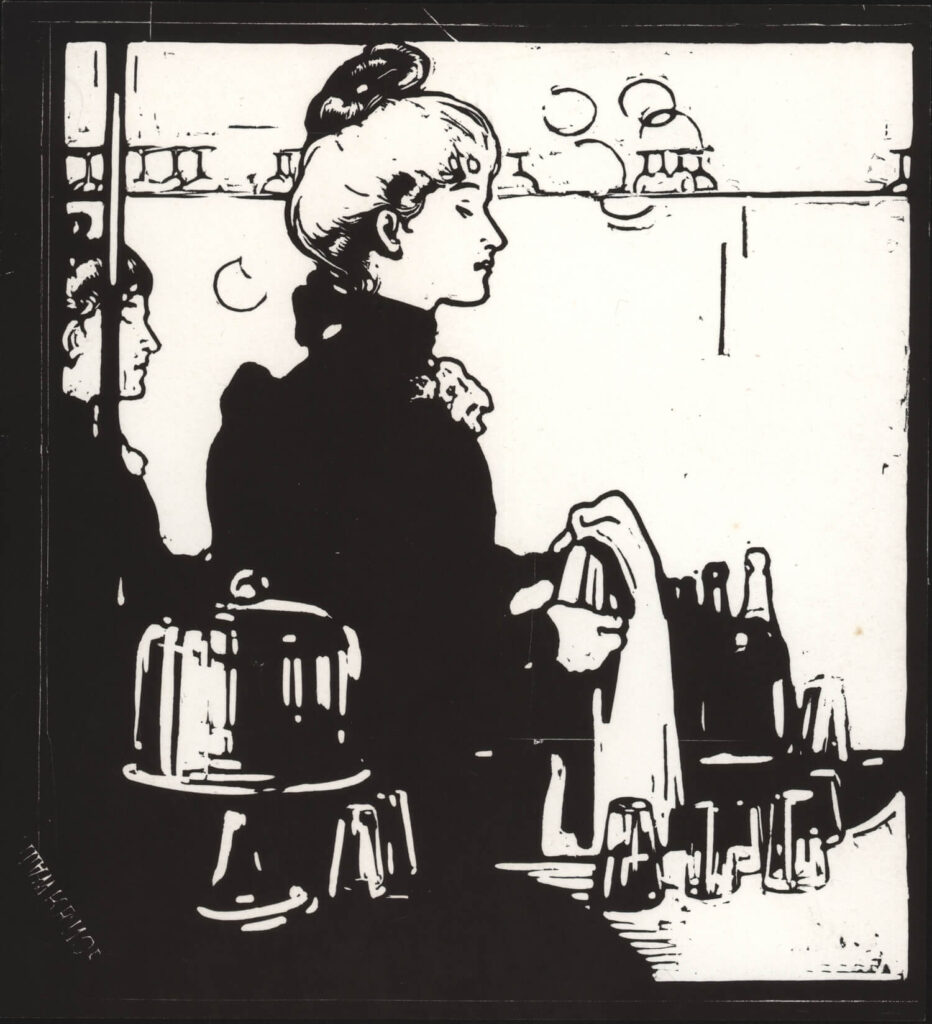 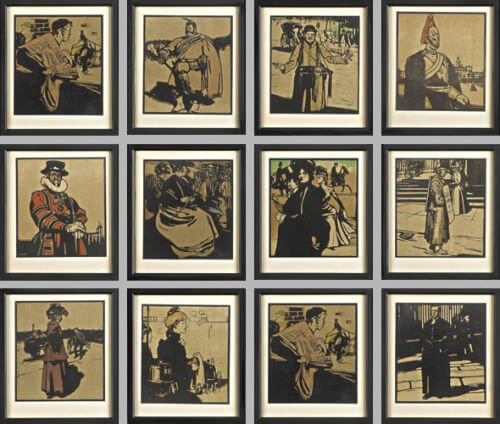 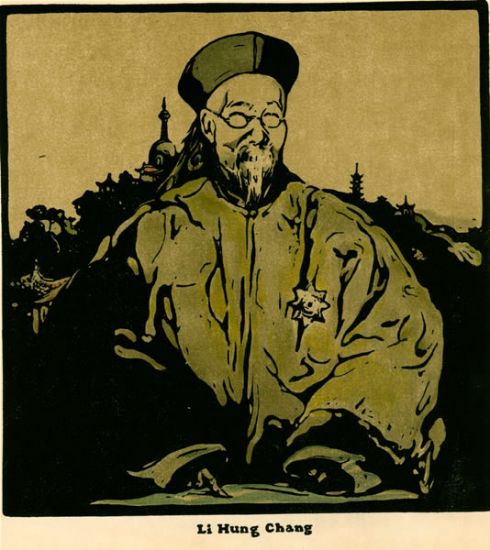 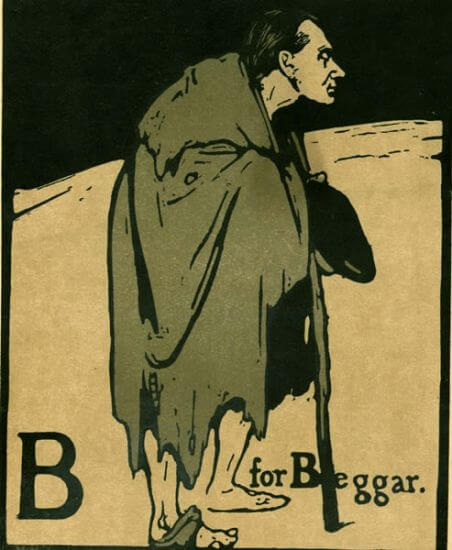 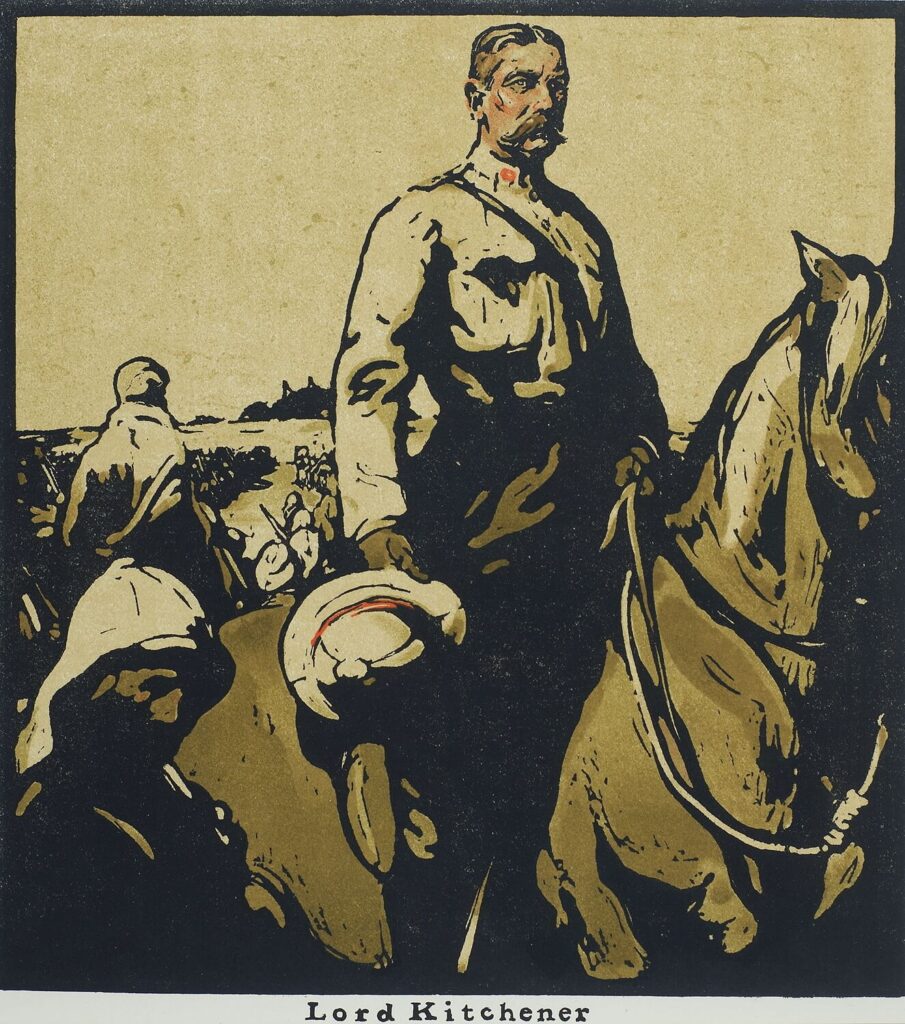 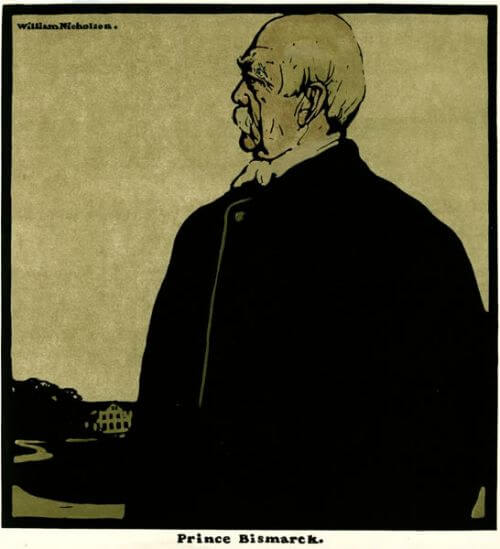 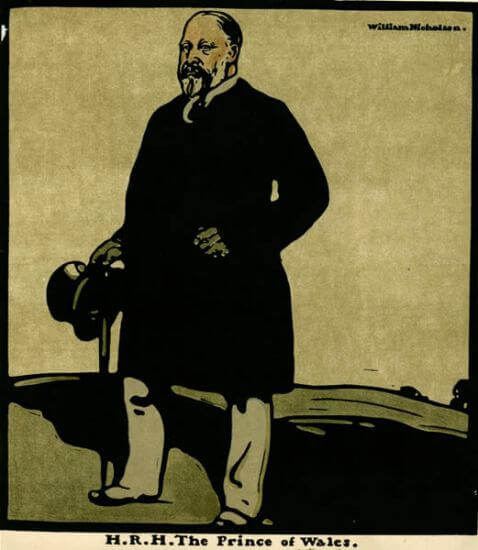 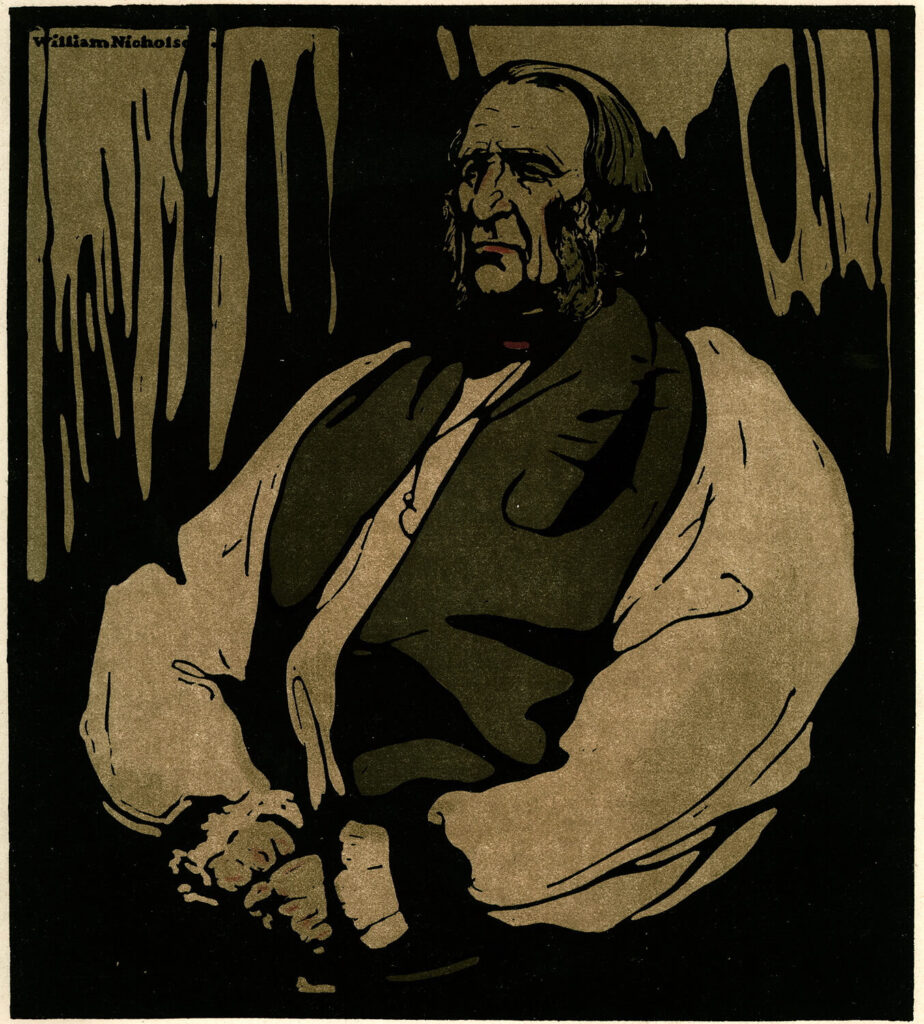 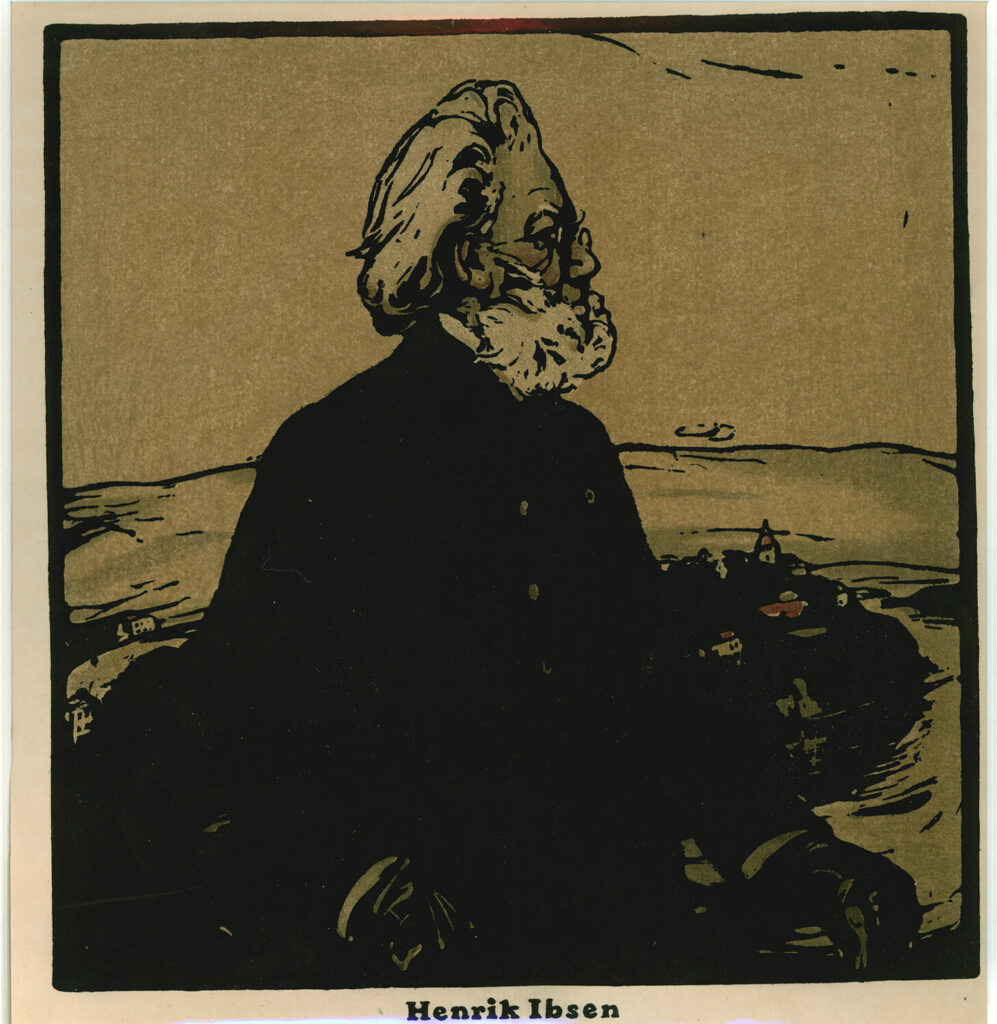 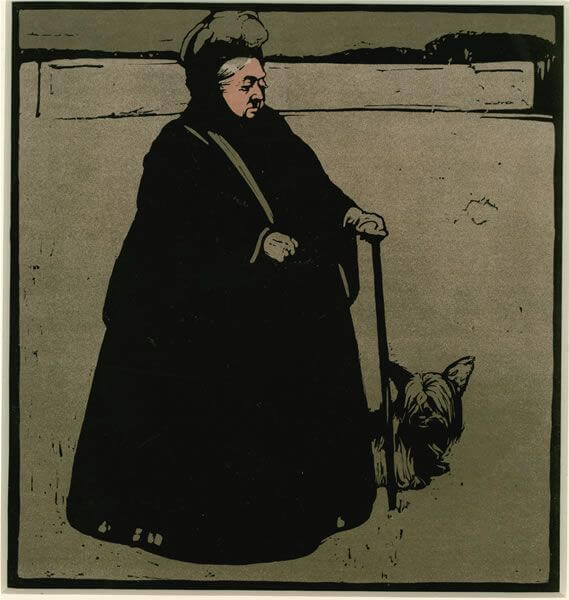 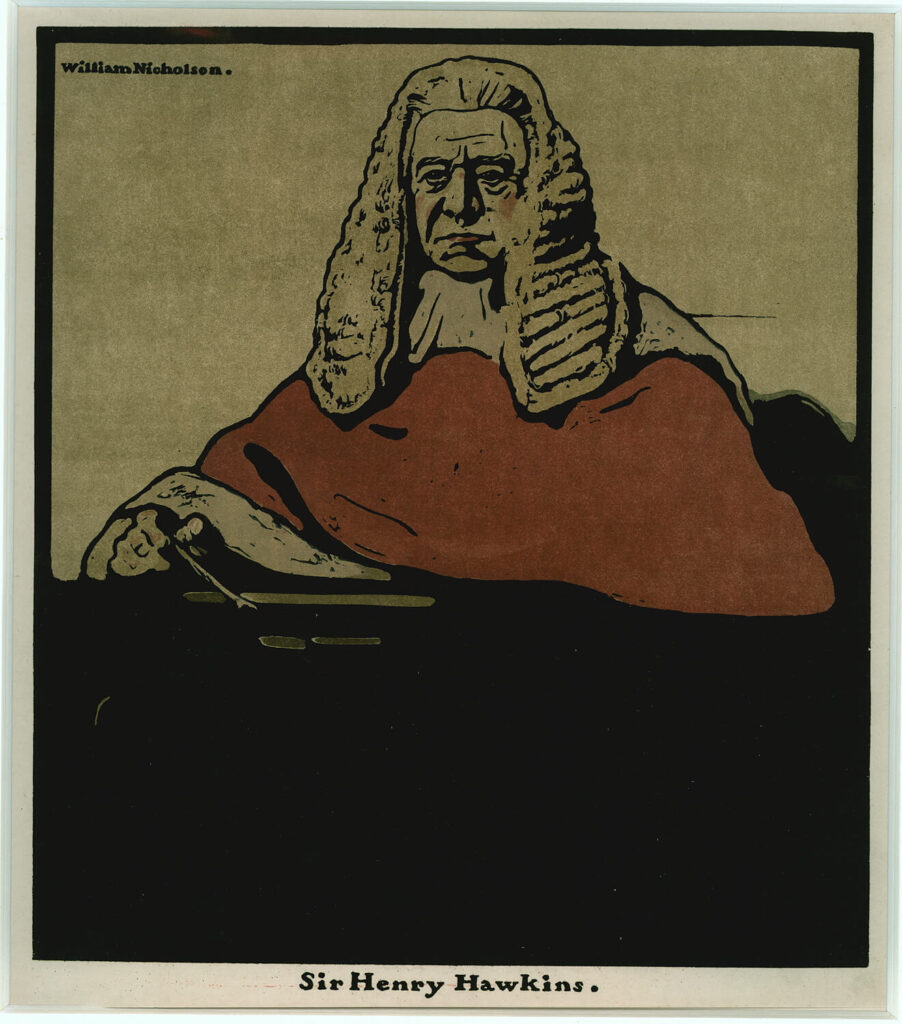 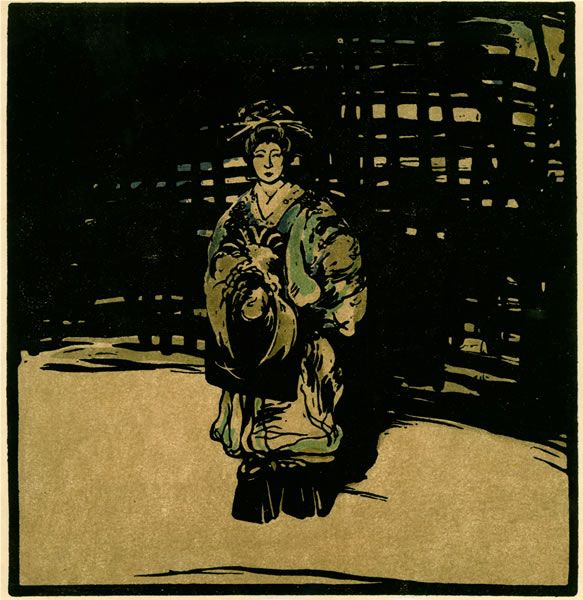 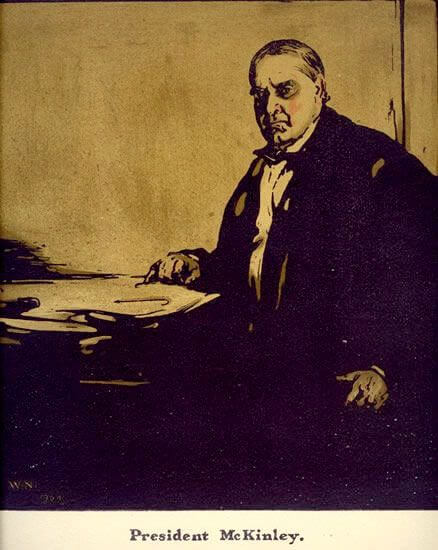 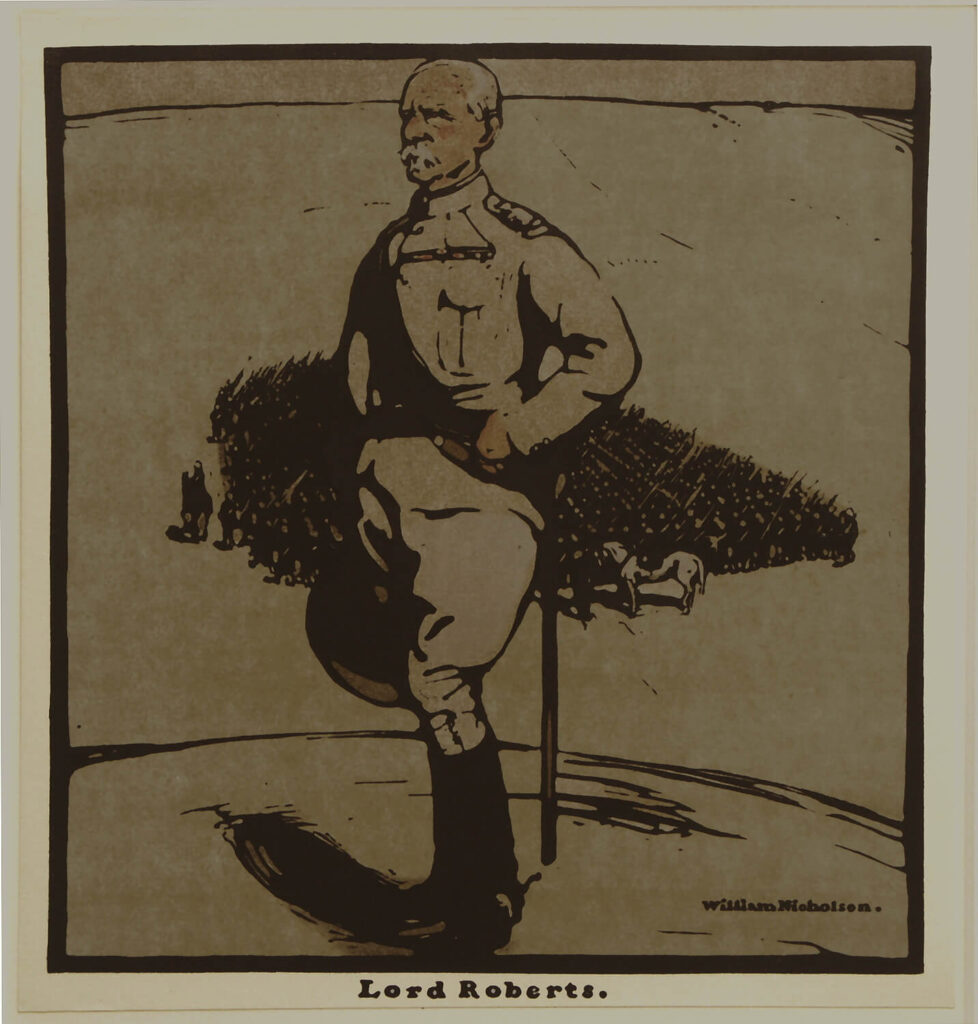 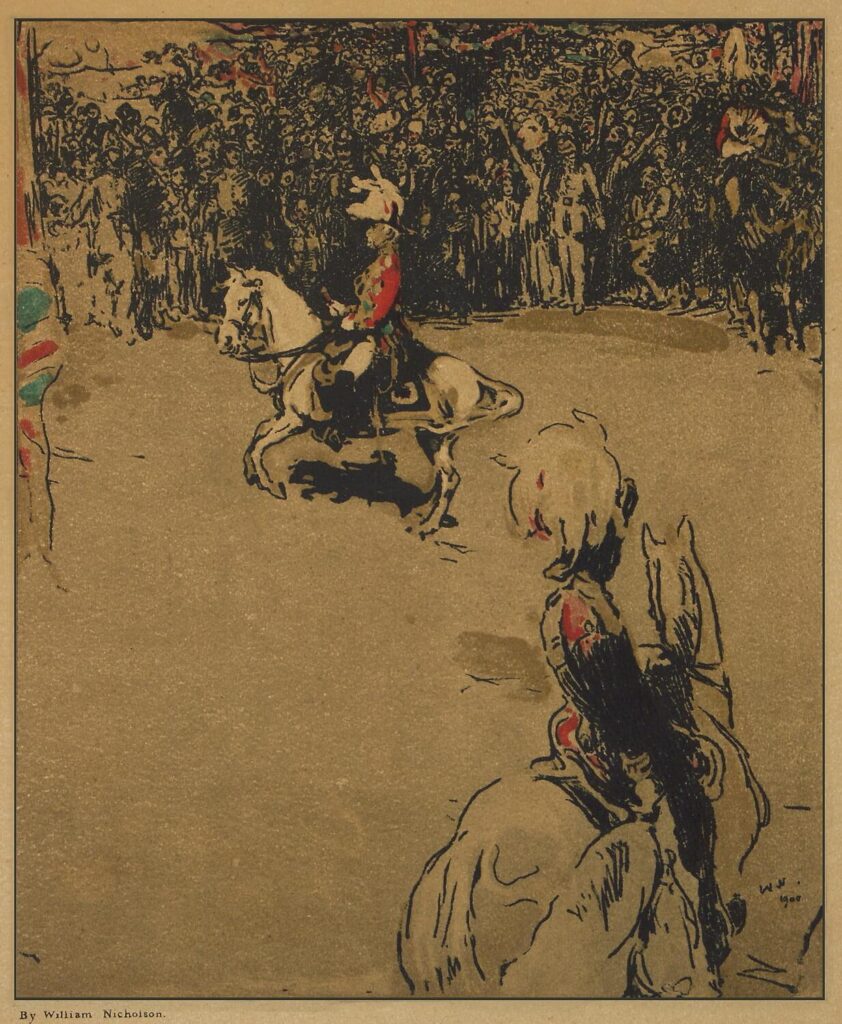