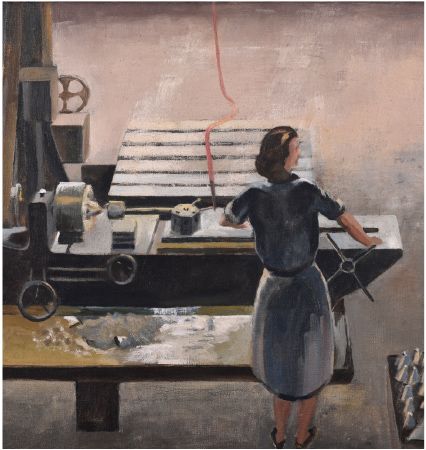 Seven decades on, the horrors of the Second World War still resonate and pictorial records of the conflict have lost none of their power to shock. Nevertheless, many of the official war artists subsidised by the British Government have been unjustly forgotten – a travesty that this new exhibition of works produced during the conflict aims to set straight. While familiar names (Eric Ravillious and Edward Ardizzone among them) do crop up, most of the works on show are by artists long since forgotten. The exhibition features explosive depictions of aerial warfare, shell-cratered moonscapes and, perhaps most interestingly, paintings that chronicle the humdrum slog of civilian life in these extraordinary circumstances.

Best of the lot is Cliff Rowe’s sparkling depiction of parachute flares over a Blitz-ravaged city, a painting that finds beauty even in the most threatening conditions. Prices start at £200.

A show to mark the 75th anniversary of the War Artists Advisory Committee (mission: ‘to keep artists at work on any pretext, and, as far as possible, to prevent them from being killed’.) 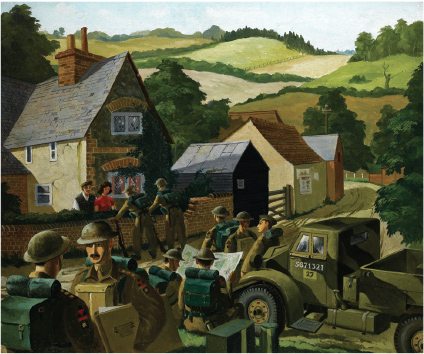 This painting by Michael Ford shows men from the 3rd Infantry Division – the first British division to land at Sword Beach on D-Day.

What to see and read this week:

Marking the 75th anniversary of the OUP books of the same title, this show is organised around the themes of the original wartime series – War At Sea, Blitz, R.A.F., Army, Women, Production Soldiers and Air Raids. An accompanying book includes an essay on the War Artists’ Advisory Committee (WAAC) by Dr Brian Foss and an illustrated catalogue of the 150 pictures by 70 artists in the exhibition (right). For details of associated lectures and study days, visit www.lissllewellyn.com.