True to Life: A ground-breaking exhibition 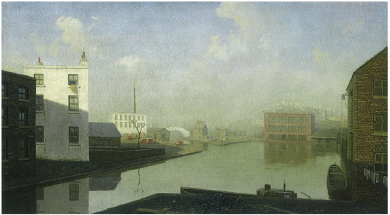 ‘This exhibition is ground-breaking in Britain since, as the excellent catalogue introduction by Sacha Llewellyn reminds us, this kind of art has been largely airbrushed out of history….’

In the years before the First World War, the successive waves of innovation in art that we call modernism reached an almost frenzied climax, with the near simultaneous explosion of Fauvism, Cubism and Futurism and the emergence of various forms of abstraction.

But in the wake of the horrors of the war these avant-garde movements, already bewildering to the wider public, came to seem excessive even to the community of artists and critics. This reaction was quickly recognised as a significant cultural phenomenon, and in France was given the name Le retour à l’ordre – the return to order. In Britain, where public and critics alike had anyway largely resisted continental modernism, the reaction seems to have been more clear cut than abroad, particularly in the decade of the 1920s. The result was a vigorous development of what for convenience can be called Realist painting. A new exhibition at the Scottish National Gallery of Modern Art, Edinburgh, ‘True to Life: British Realist Painting in the 1920s and 1930s’, charts this development, showing its extraordinary range and variety.

This exhibition is groundbreaking in Britain since, as the excellent catalogue introduction by Sacha Llewellyn reminds us, this kind of art has been largely airbrushed out of history. By the 1960s, the British art establishment, having resisted modernism for so long, had undergone a radical conversion. Abstraction ruled. Vivid evidence of this is the notorious attack on the ‘Isate’s acquisitions policy launched by an exasperated David Hockney RA in an article published in the Observer in 1979. In it he charged the Tate with ‘deliberate bias in favour of non-representational art’. 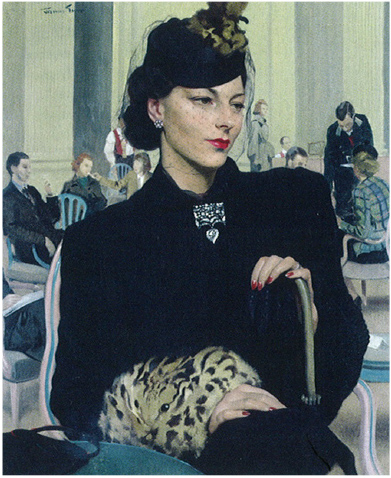 Ironically, it was a senior Tate curator, Richard Morphet who, not long after, produced a magisterial reassessment of the British contribution to the `return to order’. This was in a long, passionate essay published on the occasion of the pioneering 1980-81 Centre Pompidou survey of the whole movement, titled `Les Realismes 1919-1939′. Morphet first established a critical framework by which to judge and describe this art, then identified the key artists and comprehensively mapped the range of their preoccupations, as well as the social and political context. The Edinburgh show admirably builds on and extends this work. Both Morphet and Llewellyn identify what has always seemed to me too a key compelling aspect of the best of this art. This is the way that these artists were obsessed with the idea of drawing and painting from life and from nature, and equally obsessed with the traditional techniques of drawing and painting. Yet their depictions of reality often take on mysterious, dream-like qualities and, in paintings of people, often great psychological intensity. An outstanding example of the latter is Pauline Waiting (1939) by Herbert James Gunn RA, on loan to the exhibition from the Royal Academy Collections. Who is this incredibly beautiful woman, this modern Mona Lisa, with her faintest of smiles and veiled look of secret sensuality? For whom or for what is she waiting in this grand hotel lobby?

This kind of approach was taken to hallucinatory lengths by Meredith Frampton, also RA. Perhaps inevitably, given the Academy’s conservatism at the time, many of these artists were RAs. Frampton emerges as a star of this show, as does – this time in the field of landscape – yet another RA, Algernon Newton, whose cityscapes and industrial scenes (Canal Basin, 1929) possess an uncanny stillness and emptiness that gives them an almost surreal sense of poetry and mystery. In the end, what matters is not what you paint but the way that you paint it. In other words an artist must have vision. Newton understood this and I shall leave the last word to him: ‘A gasometer can make as beautiful a picture as a palace on the Grand Canal in Venice. It simply depends on the artist’s vision.’