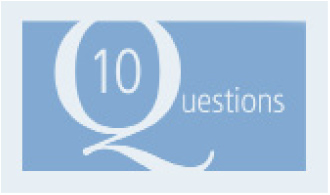 1 Where are you based?

We live in the Languedoc region of Southern France and operate exclusively from our website –  so we are essentially a virtual operation.

My wife Sacha Llewellyn and I deal in British art from 1880-1980 concentrating on artists who are today little known but deserve to be brought back into the public domain: the unsung heroines and unsung heros of 20th century British art. Having no gallery, we work mostly in association with museums and aim to publish at least one themed catalogue or monograph a year.

Only the 20/21 British Art Fair at the Royal College of Art.

4 What has been your best buy?

5 And your biggest mistake?

We owned Winifred Knight’s masterpiece Santissima Trinita for a day – it has gone to the right home but we should have lived with it for longer.

6 What is the biggest threat, in your opinion, to the trade at the moment?

7 Any advice for those starting out in the trade?

In today’s trade there are fantastic opportunities – mostly because of the internet. Set up a website; find an area that you are passionate about and can build a business around. Do as much research as you can, (preferably before buying something); Don’t be afraid to pursue something which has outstanding quality even if you cannot initially find out much about it. There are still many artists, (especially women), who ‘don’t look up’ but whose stories are often more interesting than thoses of their better-known male contemporaries. Their stories just haven’t been told yet.

9 Which person, dead or alive, do you most admire and why?

My wife. I’d be a disaster without her. Also Peyton Skipwith – he has managed the difficult task of bridging the world of dealing and academia and being highly repected and successful in both fields.

10 What Gadget would you be lost without?

My treporter – a tricycle bike with a large box in front where chidren and stock can shelter whilst going around the puce (French flea markets).